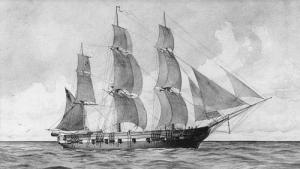 Born a slave in approximately 1830, Benjamin Bradley was the first person to invent a working model of a war ship steam engine.  Born in Annapolis Marylands faculty. While at the Naval Academy he was able to sell his invention. It was powerful enough to operate a small boat. He used the proceeds from this sale to create an even larger model.

Around 1856, Bradley built an engine that was capable of moving a small war ship 16 knots per hour. It was the first sloop of war (war ship with guns on the deck). His invention of the engine is significant because it the first invention capable of powering a war ship. Bradley was unable to get a patent for his invention because he was a slave. The Patent Act of 1793 and 1836 barred enslaved Africans from obtaining patents because they were not considered citizens.  He did however end up selling the invention and used the proceeds to purchase his freedom.

Click on the link below to read about Benjamin Bradley other black inventors who were unable to patent their inventions due to being slaves.