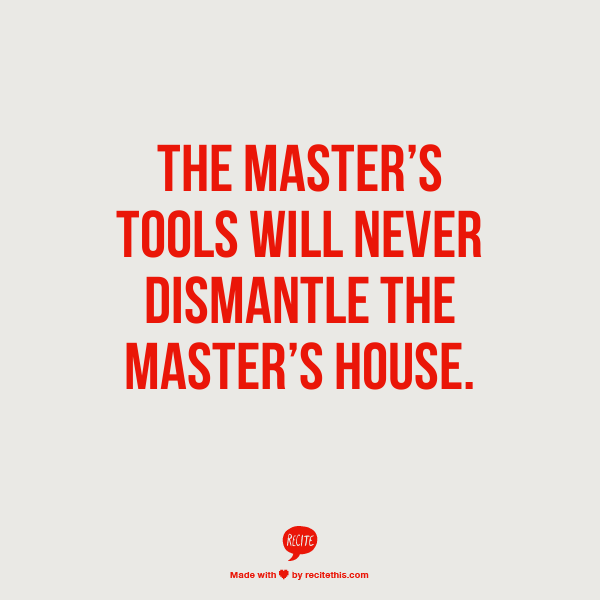 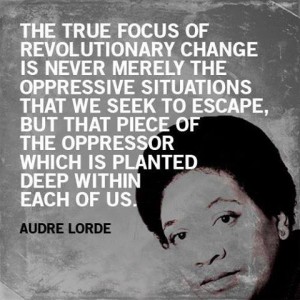 A University of Buffalo art student hangs segregation signs on campus as a form of artistic expression. Reviews were mixed! check out the article at the link below. – http://wp.me/pu7kU-3y2 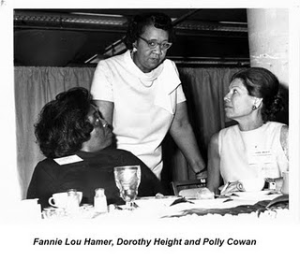 Wednesday in Mississippi (WIMS) is  believed to be the only civil rights project run exclusively by a national women’s organization. The concept for WIMS came from Dorothy Height an African American civil rights activist and President of the National Council on Negro Women, and a close friend Polly Cowan, a white Jewish woman who volunteered with NCNW . WIMS brought black and white women from Northern Cities (including Boston, New York and Chicago) to Mississippi in 1964 during Freedom Summer. On a weekly basis interracial and interfaith teams of women from Northern states (Wednesdays Women) came to Mississippi with supplies and support for rural communities. Local black residents as well as civil rights workers faced the threat of daily violence and harassment as they worked to end segregation and discrimination. The “Wednesdays Women” had the opportunity to experience the impact of racism and injustice first hand.

On Thursdays, “Wednesdays Women” secretly met with black and white women in Mississippi. The meetings usually took place in private homes. In these encounters, southern women shared their fears and concerns regarding the civil rights movement. The meetings had to remain secret because at that time “mixing” with outsiders could have very negative consequences. These meetings were a catalyst for change. In 1966, trainings were also added to the weekly visits.  The collaboration resulted in economic, health and educational programs. One such program that is still exists today is the Fannie Lou Hamer Day Care Center. 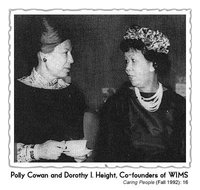 WIMS operated on the belief that the northern participants’ gender, age, and class would serve as a point of connection to southerners who had rejected other civil rights activists feeling they were too radical. All of the details of the project were painstakingly planned. This included travel plans, safety precautions, as well as how black and WIMS workers would interact with each other.

The “Wilmington Ten” consisted of 9 men and one woman that were convicted in 1971 in Wilmington, NC of arson and conspiracy. The 9 males were black and the one woman was white. All served nearly 10 years in jail. The case received international acclaim. Amnesty International took the case on in 1976 and assisted the group in appealing their convictions.  The defendants were:

The case was controversial from the start. On Feb. 1, 1971, Benjamin Chavis Jr., Southern regional program director of the United Church of Christ’s Commission for Racial Justice, arrived in Wilmington to support black students, who were boycotting the New Hanover County public schools. Racial tensions were high since the desegregation of the county’s school system in the 1969-70 school year and the closing of Williston High School, a beloved institution in the black community. The unrest led to black youths clashing with local Klansmen and members of a militant group called Rights of White People. On the evening of Feb. 6, 1971, firebombs were set off in downtown Wilmington. Mike’s Grocery, a white-owned business in a mostly black neighborhood, was burned. When firefighters arrived on the scene, they were fired upon by snipers from the roof of Gregory Congregational Church where Chavis and a number of boycotters had barricaded themselves. Two nights of rioting ensued resulting in the shooting a black teenager by a police officer, and a middle-aged white man was killed by unknown assailants. On Feb. 8, National Guard troops entered the church, to discover that it was deserted.

Chavis and nine others were arrested and charged with arson and conspiracy to fire upon firefighters and law enforcement officers. Based largely on the testimony of two African-American witnesses who claimed to have been in Gregory Congregational Church on the night of the firebombing, they were found guilty in Superior Court in 1972 and sentenced to prison terms of between 15 and 34 years — a total of 282 years in all. In 1978, then governor, Jim Hunt, refused to pardon the defendants but did substantially reduce their sentences. By then 9 of the 10 were already out on parole. Benjamin Chavis was the only one still incarcerated.   In 1980, Chavis v. State of North Carolina overturned the convictions on the grounds that the prosecutor and the trial judge both violated the constitutional rights of the defendants.

The sentences were heavily scrutinized, particularly after the key prosecution witnesses recanted their their stories  One witness testified that they were given a minibike in exchange for their testimony. Another witness had a history of mental illness and had to be removed from the courthouse after recanting on the stand under cross examination.. Amnesty International took up the case, claiming the Wilmington 10 were “political prisoners” under the terms of the 1948 U.N. Declaration of Human Rights.. In May, 2012, Benjamin and six surviving members of the group asked for a pardon and compensation to be paid to the survivors for the years they spent in jail. A pardon of innocence was granted on December 31, 2012 which qualified each of the defendants to $50,000 per year of incarceration. The total compensation granted was $1,113,605 to the group. Four of the ten are now deceased and their families received no compensation.

The case of the Wilmington Ten also gained new attention when the notes of the former prosecutor of the case, Jay Stroud were discovered.  The notes gave strong implication that the prosecutor sed racial profiling and other unethical tactics to eliminate and disqualify black jurors from being selected for the jury in favor of racist jurors who would help to ensure a conviction of the defendants. For example, Stroud made notes regarding prospective jurors using words like, “KKK good,” and next to another juror “sensible; Uncle Tom type.”

As of February 2014, A case is currently pending before the NC Industrial Commission seeking compensation be awarded to the families of the four deceased defendants. 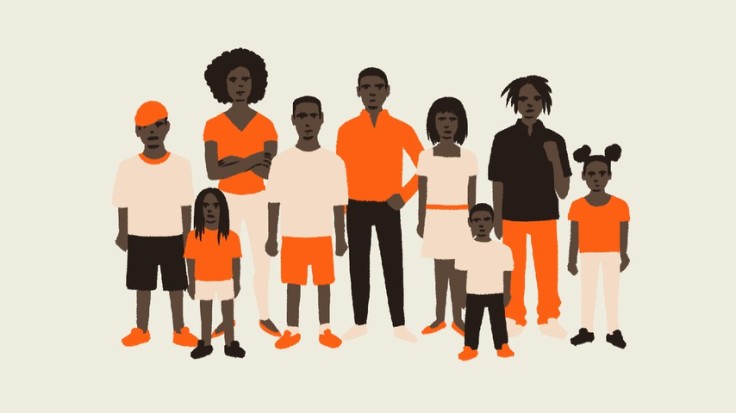 Check out this short video features by “The Atlantic”  Sociologist, Bruce Western explains what he refers to as “the inevitability of prison” for certain demographics off young black men.  Check out the full article and video by clicking on the link below:

James Zwerg-Freedom Rider: “……..Got so much notoriety because I was white”

James Zwerg was born in Appleton, Wisconsin in 1939 and attended Beloit College. He developed an interest in civil rights from his relationship with his African American roommate, Robert Carter who was from Alabama. Zwerg witnessed the racist treatment of his roommate and it deeply moved him. Zwerg participated in student exchange program at Fisk University a predominately black university in Tennessee. There Zwerg met civil rights leader, John Lewis and began to become active in the Student Non-Violent Coordinating Committee (SNCC). Zwerg tried to attend a movie at a segregated theater with other black SNCC members and was attacked, being hit in the head with a monkey wrench and knocked unconscious.

In 1961, Zwerg and other SNCC members participated in the “Freedom Rides” which were bus trips into parts of the south that were used to protest segregation. Zwerg was the only white male in his group and volunteered to get off the bus first when it reached Montgomery, AL.. When Zwerg stepped off the bus, his suitcase was grabbed and smashed into his face until he hit the ground. He was then beaten repeatedly. His teeth were knocked out during the beating and his attackers showed no signs of stopping. A black man stepped in and ultimately saved his life yelling at Zwerg’s attackers to beat him instead; which they eagerly did. Zwerg was denied prompt medical attention because there were no white ambulances available. He remained unconscious for two days and stayed in the hospital for five days. His post-riot photos were published in many newspapers and magazines across the country. Much of his time in the hospital he claims not to remember.

Of his savage beating, Zwerg said,

“There was nothing particularly heroic in what I did. If you want to talk about heroism, consider the black man who probably saved my life. This man in coveralls, just off of work, happened to walk by as my beating was going on and said ‘Stop beating that kid. If you want to beat someone, beat me.’ And they did. He was still unconscious when I left the hospital. I don’t know if he lived or died.”

“I looked at it, and what it brings back to me more than anything else is that I got so much notoriety because I was white,” he says. “I looked at that picture and I thought of all the people that never get their names in a book, never get interviewed but literally had given their lives. Who the hell am I to have my picture up there?”  He was suddenly flooded with guilt. -James Zwerg

(Excerpt from John Blake’s book, “Children Of The Movement”)

James Zwerg was presented with the Freedom Award  by Dr. Martin Luther King, Jr. and the Southern Christian Leadership Conference in 1961.

Was Zwerg struggling with grasping the impact of “white privilege” even before it had a name?  Though his efforts were heroic he wondered if the notoriety and attention he received was due largely in part to him being white.  Blackmail Friends, what do you think?

Click the link below to read a CNN article about James Zwerg and his experience.

Dr. Bennet Omalu is an associate clinical professor of pathology at UC Davis.  Omalu discovered the neurological disease known as chronic traumatic encephalopathy (CTE) in retired professional football players.  He is also chief medical examiner of San Joaquin County. CTE has received much attention in the media especially in professional football. Currently the disease can only be diagnosed post mortem.

The NFL has challenged the legitimacy of this discovery of CTE by Dr. Omalu.  Click here to see the video and view the transcript of an interview Dr. Omalu did with NPR in 2013.

The team’s record was 2588-539 over its history. In 1936, the Renaissance became the first top-level team to sign a four-year African American college star, David Djernett of Indiana Central. The team disbanded in 1949 after the 1948/49 season of the National Basketball League which was racially integrated. They played at that time as the Dayton Rens and were based in Dayton, OH. The NBL then merged with the all white Basketball Association of America to form the initially all white, National Basketball Association (NBA)