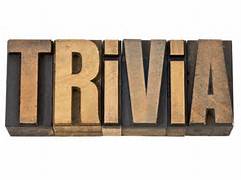 Since the inception of slavery, through the Jim Crow era and beyond, Black women have been targets of sexual violence which they often suffered with in silence with no hope of justice or protection.  As the Civil Rights Movement began to emerge, the sexual violence of black women received more attention and advocacy.

Which NAACP staffer investigated and rallied the black community of Alabama in opposition to sexual assault committed against black women?

Answer will be posted at 6pm EST.

Did you miss yesterday’s post?  Click here to learn about Dr. Patricia Bath and her invention of a medical device to remove cataracts (a leading cause of blindness among African Americans).