African Proverb: “Tell me whom you love, and I’ll tell you who you are.” 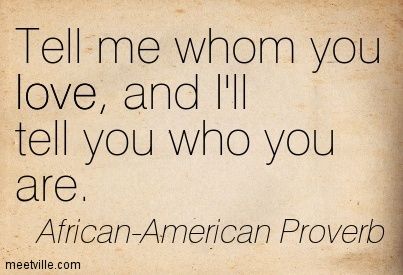 “Tell me whom you love, and I’ll tell you who you are.”

Born in 1882, Violette Anderson, was an African American attorney and judge. Anderson was born in England to a German mother and a West Indian father. Her family relocated to U.S. when she was a child. Anderson graduated from North Division High School in Chicago in 1899. She worked as a court reporter from 1905-1920 which peaked her interest in the field of law. She earned her LL.B. in 1920 and then started a private practice. She was the first African American woman to practice law in U.S. District Court-Eastern Division. Anderson served as the first female city prosecutor in Chicago, a position she held from 1922-23. She was later admitted to practice before Supreme Court of the United States in 1926. This achievement made it possible for other black females to do the same.

Active in her community, Anderson belonged to the Federal Colored Women’s Clubs, was president of Friendly Big Sisters League of Chicago, First Vice President of the Cook County Bar Association, and secretary of Idewild Lot Owners Association. Anderson was also a member of Zeta Phi Beta Sorority; bequeathing her summer home in Idewild, MI to the organization. Anderson died in 1937. Her life and legacy is recognized by Zeta Phi Beta Sorority, every year in the month of April as, “Violette Anderson Day”