Warren Wheeler: The 1st African American To Own An Airline 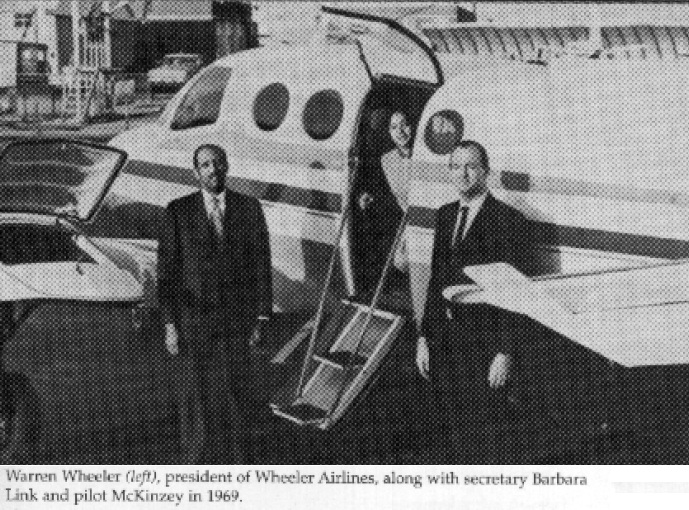 Warren Wheeler was the first African American to own an airline in 1969 when he founded Wheeler Airlines. The airline flew more than 40,000 passengers annually.  Wheeler was born on October 1, 1943, in Durham, North Carolina. Wheeler’s sister, was the catalyst for his interest in flying. She actually started taking flying lessons before him. She took him on an airplane ride which piqued his interest in flying. He then began to take lessons and received his private pilots license at age 15. Wheeler enrolled in American Flyers School in Oklahoma and obtained his commercial pilots license at age 19. It was now 1962. No airline would hire Wheeler as a pilot due to racism and segregation. His young age also proved to be a barrier in getting employment as an airline pilot. There were no African American pilots working for major airlines at that time. Many whites believed that blacks did not have the skill to fly.

Wheeler opened a flight school and charter service to get more flying hours. Getting the necessary flight hours would be beneficial in gaining employment with an airline. His school operated out of Horace Williams Airport. Along with starting the flight school, he also purchased his own plane. Wheeler also was successful in getting some contracts to instruct white students at University of North Carolina at Chapel Hill. At the age of 22, Wheeler was hired by Piedmont Airlines. He was their first African American pilot and the youngest person in their 1965 training class. Wheeler was also one of the first 10 black commercial pilots in the U.S.

In 1969, Wheeler started his own regional airline. Taking a leave of absence from Piedmont and obtaining a $36,000 loan, he started Wheeler Airlines. The Airline started with one plane and Wheeler as its only employee. By 1976, the airline had grown and now had 3 planes used for commuter service and 8 additional planes used for charter flights. Wheeler Airlines had 27 employees and was earning $20,000 per month. Approximately 80% of his business was white businessmen.

By 1986 the airline industry had undergone some drastic changes. Lots of mergers were taking place; with larger airlines taking over smaller ones. These larger carriers were able to secure more lucrative routes than smaller independent airlines. This caused Wheeler Airlines profits to decline significantly. The company filed bankruptcy and ceased operations in 1991. Wheeler then became a pilot with US Air and retired from there in 1995. He continues to operate Caribbean Wings, a charter servicing clients in the Virgin Islands.

“To hold a people in oppression, you have to first convince them that they are supposed to be oppressed. -John Henrik Clarke

7 thoughts on “Warren Wheeler: The 1st African American To Own An Airline”