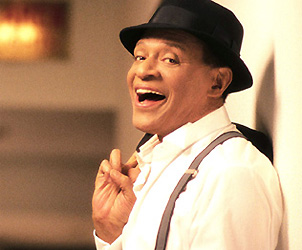 We have lost another legend!   Al Jarreau has passed away early Sunday morning on.February 12, 2017. He was recently hospitalized for exhaustion in Los Angeles and had cancelled his tour schedule.

Jarreau released his first album at age 35 in 1975.  The 7 time grammy award winning artist was know as the “Acrobat of Scat”.   Jarreau released 16 albums during his career. Truly an iconic voice is now silent!

He leaves behind his wife Susan, and son Ryan.

What’s you favorite Al Jarreau song?   One my favorites is, “We’re In This Love Together”.

Ebony Magazine has some great info about his life.  Check it out!EBONY http://www.ebony.com/entertainment-culture/al-jarreau-dead#ixzz4YUobKeeG