On September 5, 1859, Harriet E. Wilson, (1825-1900) published, “Our Nig” making her the first African American woman to publish a novel in the United States. Wilson was born in Milford, New Hampshire. Her father was African American and her mother was white. When her father died, her mother abandoned her; leaving her at the home of a family where she worked as an indentured servant. She would remain with the family until the 1840’s. Wilson was married in 1851 and had a son named George. After being abandoned by her husband, she left her son in the care of foster parents and left to seek work in Boston. George died at the age of 7.

Wilson is said to have gone by the name, “Dr. Hattie E. Wilson” and worked as clairvoyant and psychic healer. She traveled across the U.S. making speeches on the spirit world and race relations. Wilson’s novel, “Our Nig” was a fictional story about her experience as an indentured servant, as well as her experiences with racism and prejudice. END_OF_DOCUMENT_TOKEN_TO_BE_REPLACED

Celebrate The Skin You’re In!! 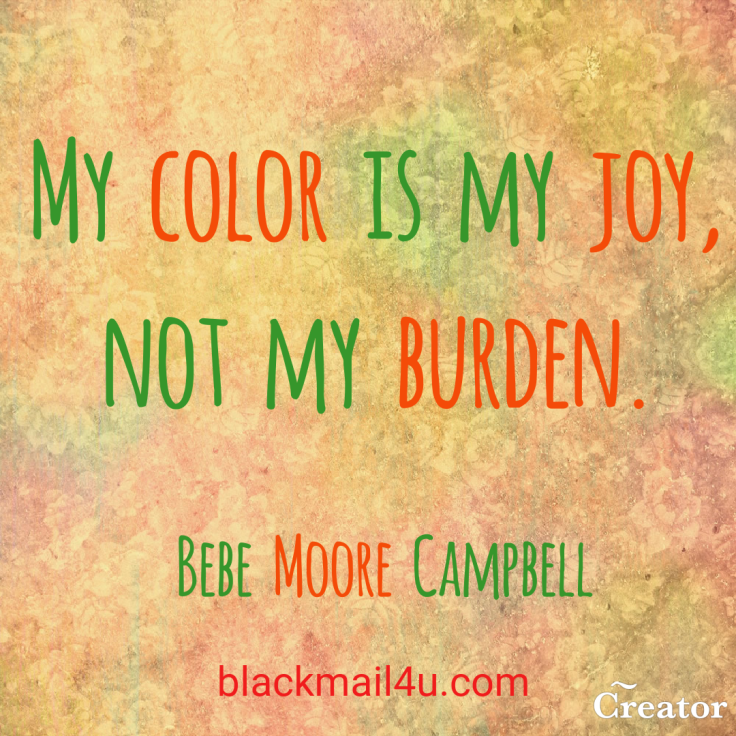 Quote: “My color is my joy, not my burden.” -Bebe Moore Campbell