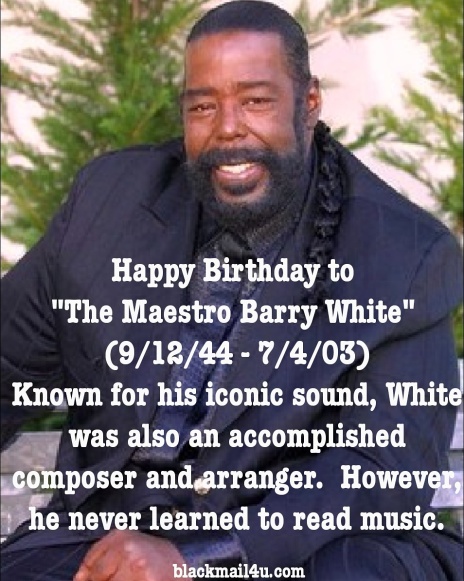 Barry White was born in Galveston, TX but grew up in South Central, Los Angeles, California. He was raised by his mother. At the time of his birth, his father was married to another woman. Whit grew up in poverty and also got involved in gangs as a teenager. His mother gave him music lessons. Disabled by arthritis, she also gave lessons to make extra money. White learned to play on his mother’s second hand $50 upright piano. She wanted to teach him how to read music. But he asked her to let him learn his own way and she did! He never learned to read music but became an accomplished composer and arranger.  As a youth he was placed in juvenile detention after stealing tires that were worth thousands of dollars. While in detention, he heard the Elvis Presley song, “It’s Now or Never” and decided to turn his life around. END_OF_DOCUMENT_TOKEN_TO_BE_REPLACED