Ethel Lois Payne:  “The First Lady” Of The Black Press 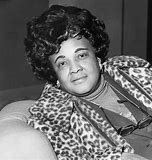 Ethel Lois Payne (1911-1991) embarked on a career in journalism that would ultimately position her as one of the leading African American journalists of her era. She was born in Chicago, IL. Her father was a Pullman Porter. Her family resided in the all black community of Englewood. She was the 5th of 6th children. Her father died when she was 12, leaving her family with little financial support. Her mother worked as a domestic and also took in borders to help support the family following her husband’s death. Payne’s mother recognized her talent for writing early-on and encourage her to perfect her skills. Payne attend Lindblom High School. To get to school, she had to walk through a segregated neighborhood each day where she was subjected to racial slurs and having rocks thrown at her. 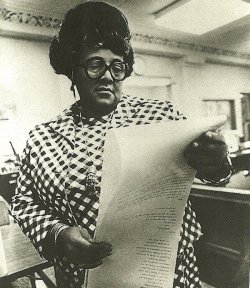 Despite these challenges, she excelled in English and History. Her English teacher urged her to submit one of her stories to a magazine. Her submission was approved for publication. Initially Payne decided to pursue a law degree. However, her application to the University of Chicago Law School was denied because of her race.

Payne began working as a journalist for the Chicago Defender in 1951. She covered many significant events such as the Montgomery Bus Boycott, March On Washington, Vietnam War, Apartheid, and many other stories. She also accompanied Secretary of State Henry Kissinger on a six nation tour of Africa in 1976. Payne was well known for asking tough questions. Payne considered her role as a journalist to also be a platform for civil rights advocacy and she didn’t hesitate to use it as such. In 1972 she became the first African-American woman radio and television commentator on a national network, working on CBS’s program Spectrum from 1972 to 1978, and after that with Matters of Opinion until 1982. She ws the first African American woman to serve in those roles. She remained with CBS for 10 years. A few years before her death, Payne said,

“ I stick to my firm, unshakeable belief that the black press is an advocacy press, and that I, as a part of that press, can’t afford the luxury of being unbiased . . . when it comes to issues that really affect my people, and I plead guilty, because I think that I am an instrument of change.”