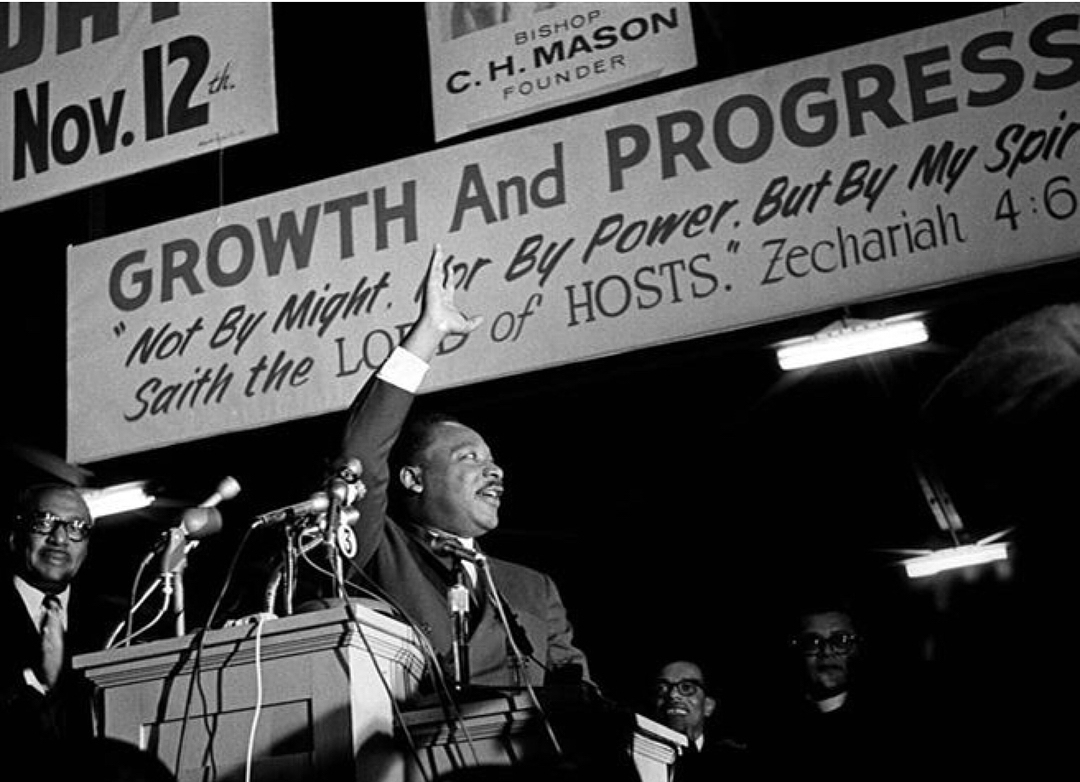 MLK QUOTE: “Be concerned about your brother……either we go up together or we go down together.” Dr. Martin Luther King, Jr.

MLK made this quote on, April 3, 1968, during what would be his last speech at Mason Temple Pentecostal Church in Memphis, TN. King was in town to support black sanitation workers who were seeking better pay and working conditions. In this famous “mountain top” speech, some felt King seemed to be keenly aware that his life might be cut short.

On April 4, 1968, King was assassinated at the Lorraine Motel. Originally, James Earl Ray was arrested and convicted of King’s murder. He later recanted his confession. However many felt Ray was not King’s killer and that there was a conspiracy between the US government and the mafia to murder King. An initial ruling found that conspiracy was proved. However, the ruling was later dismissed by the Department of Justice due to a lack of evidence.

Check out the video link to view an excerpt from this historic speech: