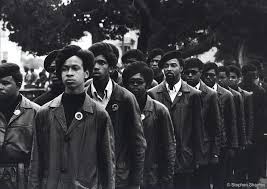 The Black Panthers are well known for their activism throughout the United States. They also deserve recognition for their community service efforts and innovative programming. In this blog post we will share info about some of these programs which include medical centers, ambulance services, youth empowerment programming and much more.

In 1968, The Black Panthers launched their free breakfast program for children in Berkley, California. provided free breakfast for school children. It was their first large scale community action program. The program grew to cover 19 cities by the end of 1969 and served more than 20,000 children. 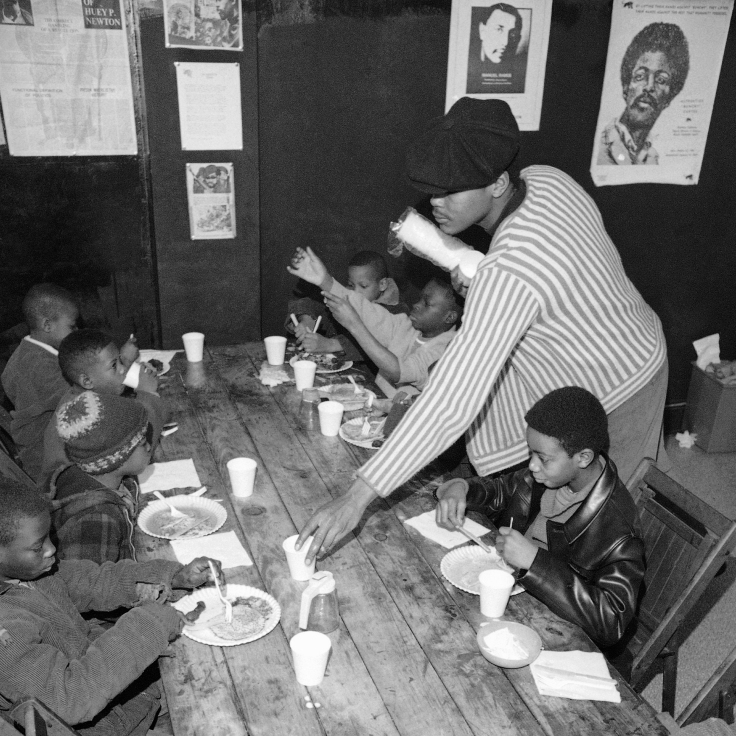 Health Clinics, known as the “Peoples Free Medical Centers” offered medical care in 13 cities across the United States. The Black Panther’s women members were integral to the success of this effort. Unfortunately many were not able to stay open for very long. Services offered included various health screenings, immunizations, physicals, etc.

Established in 1971, the Intercommunal Youth Institute was launched to empower black youth to achieve success. The first graduating class was in 1974 and the programs name was changed to the Oakland Community School. In 1977 California Governor Jerry Brown, Jr. gave the program a special award for “having set the standard for the highest level of elementary education in the state.”

Seniors Against A Fearful Environment (SAFE) was a non-profit organization organized by the Black Panthers. A group of senior residents asked the Black Panthers to launch the organization to help seniors learn self-defense techniques to prevent robberies, muggings and other attacks on seniors. These seniors had originally approached the Oakland police department to provide additional patrols and protection. The SAFE program offered free transportation services which allowed seniors to conduct banking transactions more safely.

The Peoples Free Ambulance Service provided rides to the hospital for sick or injured people. At least one ambulance was available 24 hours per day for emergencies and from 8am-5pm for non-emergencies (doctor visits and other medical appointments).

The Black Panther’s Free Food Program provided food to black communities and also assisted other individuals as well. The program was initiated to supplement grocery purchases. The program also provided mass distribution of food items on occasion which included giving away food such as eggs, vegetables, fruits, milk, meat, and other food items. Each bag distributed contained a week’s worth of food.

The Black Panther Party Black Student Alliance was started in 1972. It brought together Black Student Union groups in California to establish Black Panther programming on college campuses. The goal was to unify students with their local black communities so that the schools and community would be more responsive to the needs of black residents. The Black Student Alliance initiated programs which provided supplies and books to students at no cost, free child care, food distribution, transportation services, financial aid programs, etc. The program also advocated for securing better instruction for students.

The Black Panther Newspaper was published and distributed weekly starting in 1967 both locally and nationally. The publication provided updates on Black Panther initiatives being carried out by its various chapters across the United States. It also provided commentary on oppression in black and other marginalized communities in the U.S., African and around the world.

As you can see The Black Panther Party was heavily involved in providing resources and empowerment to oppressed groups within local communities!