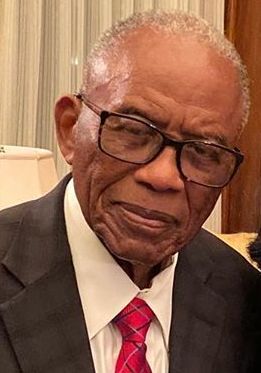 Fred Gray (1930 – ) was described by Dr. Martin Luther King Jr. as “the brilliant young negro who later became the chief counsel for the protest movement” (King, 41).  He provided legal counsel to Rosa Parks, the Montgomery Improvement Association, and other civil rights organizations. Born in Montgomery, AL, Gray became a preacher when as a teenager. He was the youngest of 5 children.  Gray received a bachelors degree from Alabama State College For Negroes in 1951; and an LLB from Case Western Reserve University in 1954. He was unable to attend law school in Alabama due to segregation. Returning to Montgomery after graduation, he began a private law practice, while also working as a minister at Holt Street Church of Christ.

Gray is widely known for his leadership during the Montgomery bus boycott.  The boycott resulted in the desegregation of public busses in Montgomery, AL. One year after graduating from law school, Gray represented Claudette Colvin and Rosa Parks, who were both charged with disorderly conduct when they refused to give up their bus seats to white riders.  He was 23 years old at the time.  Gray also litigated the Brown vs. Gayle court case, which challenged the constitutional legality of Alabama laws that mandated segregation of buses.  In addition to his work in Montgomery bus desegregation, Gray also advocated on behalf of education rights for black students, voting rights, and black people’s participation on juries. In addition, Gray brought a class-action lawsuit against the federal government for those involved in the Tuskegee Syphilis Study.  Settled in 1997, the government failed to admit any wrongdoing.

Elected to the Alabama State Legislature in 1970, Gray represented Tuskegee, AL.  His election made him one of the first two African Americans to serve in the legislature since Reconstruction.  Gray continues to practice law as a senior partner at Gray, Langford, Sapp, McGowan, Gray and Nathanson in Alabama.

Check out this brief video on the life of Fred Gray: