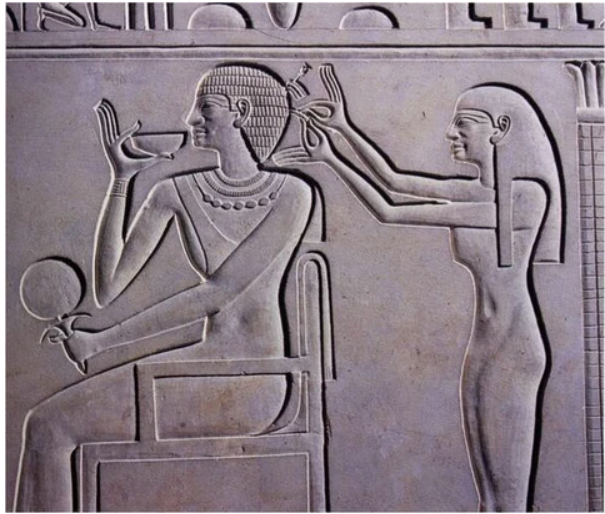 The barber profession originated in ancient Egypt, where razor blades from as early as 3500 BC have been discovered.  Barbers played important health care and spiritual roles.   Many people preferred to remain clean-shaven to avoid skin diseases.  It was also believed that evil spirits would enter the body through the hair and that the only way to remove the spirits was by cutting the hair.  Barbers would also frequently perform religious ceremonies such as weddings and baptisms as well.

In the US during the 19th century, barbershops that were black-owned would often cater to white clientele exclusively because white patrons would not want to have their hair cut if the instruments had been used on black people.  This was also true in the north. Following emancipation, black barbers began to serve both black and white clients.  Over time, the barbershop would firmly establish itself as a place of community and connection for Black men.  The number of barbershops slowly began to decline as education requirements licensure requirements increased.

The colleges spread until nearly 80 percent of all black barbers in America were trained at Morgan’s schools.  One of America’s first black millionaires was Alonzo Herndon (1858 – 1927).  Herndon was born enslaved.  He and his family were freed as part of the Emancipation Proclamation. Herndon opened his first barbershop in 1878. At the time of his death, he was one of the wealthiest black men in Atlanta, GA. He was also the founder of the Atlanta Life Insurance Company.

Willie Lee Morrow is another prominent figure in the barbershop industry.  Morrow began working as a barber in the late 1960’s.  He was later hired by the Army and Air Force Exchange service to train thousands of military barbers in Vietnam and various other Asian countries.  Morrows went on to become a multimillionaire and is recognized as a trailblazer in black hair care.  From the time of the ancient Egyptians to the present day barbers have a rich legacy!

Check out the video, Left Of Black – Black Barbershop for more info.