Alice Augusta Ball (1892 – 1916) was the first to develop an effective treatment to cure leprosy (Hansen’s Disease).  It was not until years after her death that she received the credit she deserved. Ball was born in Seattle, Washington.  Her mother Laura was a photographer and her father, James P. Ball, Jr. was a lawyer. She had 3 siblings, two older brothers, and one younger sister. The family lived comfortably and by today’s standards would have been considered middle class.  The family moved to Honolulu, Hawaii in 1903 hoping that the warmer climate would be better for her father’s arthritis.  James Ball, Sr. died shortly after the move and the family relocated back to Seattle.  Ball graduated from high school in 1910 and then attended college at the University of Washington and the College of Hawaii (University of Hawaii); earning a bachelor’s degree in pharmaceutical chemistry in 1912 and a bachelors degree in pharmacy in 1914, both from the University of Washington.  She then transferred to the College of Hawaii and was the first African American as well as the first woman to graduate with an M.S. degree in chemistry in 1915.  Upon graduation, she was offered a teaching and research position, making her the first woman chemistry instructor at the College of Hawaii at the age of 23. END_OF_DOCUMENT_TOKEN_TO_BE_REPLACED

According to the American Medical Association, the rate of suicide among Black youth has doubled in the last 20 years….It is the 3rd leading cause of death for Black Americans ages
15 to 24.

The National Organization For People Of Color Against Suicide “notes that depression, which often goes undiagnosed, is on the increase among African Americans.”

If you need help, reach out.

Check on your people! Help is available!

Some SuicideWarning Signs:
-Talking about wanting to die.
-Exploring methods -Expressing hopelessness; no reason to live
-Talking about being a burden to others
-Increasing use of alcohol or drugs
-Withdrawing or isolating

Check out this article from Yes! Magazine for more info: 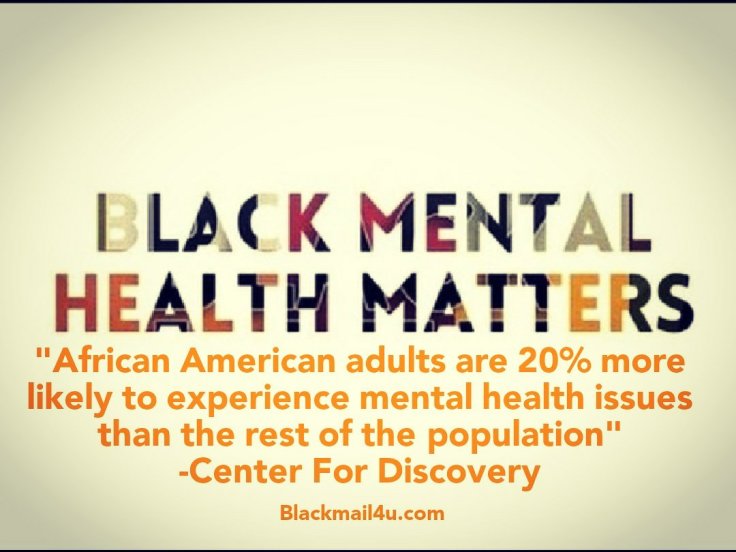 Dr. Clarence Sumner Greene was the first Board Certified African American Neurosurgeon in the United States. Sumner was born in 1901 in Washington DC. He moved to New York briefly when his mother remarried but soon returned to Washington DC to live with an aunt. Greene thrived there, academically and athletically. He attended Dunbar High School. During high school, he was given the nickname, “Bronze Adonis” by his classmate the young, Charles Drew.

After graduating high school, Greene entered the University of Pennsylvania majoring in dentistry. He graduated with a DDS in 1926 and practiced dentistry for a year. However, he did not find it fulfilling. Greene then enrolled in a pre-med program at Harvard University from 1927-1929. He completed an internship at Cleveland City Hospital in 1930. He then enrolled at Howard University Medical School where he graduated with a medical degree in 1936 at the age of 34. Green completed a surgery residency rotation under his childhood friend, Dr. Charles Drew. He then worked as a professor of surgery at Howard University Medical School.

In 1946, Greene had the good fortune to train with renowned surgeon Dr. Wilder Penfield at the Montreal Neurological Institute. In 1953 he became the first person of African descent to become certified by the American Board of Neurological Surgery. Greene would then go on to serve as the Chair of Neurosurgery at Howard University. While there he successfully completed numerous surgeries related to intracranial aneurysms, brain tumors, and herniated intervertebral discs.

Greene died unexpectedly in 1957 at the age of 56. His son Charles Greene, Jr would follow in his footsteps becoming a successful pediatric neurosurgeon.

Estelle Massey Osborne (1901 – 1981) was the eighth of eleven children. She was born in Palestine, Texas. Her parents were determined that all of their children would pursue higher education. All of her older sisters pursued careers in teaching. Osborne’s mother had two requirements for her daughters. They were required to complete high school. The other requirement was that they would never (as children) be employed by white people. She wanted her children to grow up confident in their identities; before they experienced ill treatment from whites.

After graduating from high school, Osborne followed her sisters in pursuing a career in teaching. Teaching was not a profession that suited her. She eventually went to live with her brother; hoping to pursue a career in dentistry. Already a dentist, her brother did not think the field suited her and encouraged her to pursue employment in nursing. Desperate for students, she was accepted on the spot when she applied. Osborne was particularly interested in obstetrics. In 1923, After completing the nursing program she achieved the highest score in the state on the nursing exam.

Osborne persevered in her new profession despite working in an environment where she was overlooked for positions for which she was more qualified than her white co-workers. Other staff also refused to consult with her even in her areas of expertise; preferring instead to speak with white nurses. Osborne would eventually go on to become president of the National Association of Colored Graduate Nurses. One of her goals as a leader of this organization was to eliminate the need for separate organizations. She achieved her goal in 1946 when the American Nursing Association began to integrate its membership.

Osborne played a key role through her leadership in advocating to address the racism and discrimination faced by black nurses.

After completing a nursing assignment for the Rosenwald Fellowship, she accepted the position of Director of Education for Freedman’s Hospital in Washington DC. She was the first African American woman to hold this position. Osborne would also take a leadership role with the National Nursing Council for War Service. In this role, she would be tasked with exploring how black nurses could be integrated into the armed services in anticipation of World War II.

Osborne worked diligently to get the armed forces to change their practices while also working with nursing schools to admit more students of color. Two years later the number of training schools went from 14 to 38 while the number of nurses of color in the Army doubled and the Navy finally began to admit black nurses as well, though at nowhere near the rate of the Army. Following World War II, Osborne joined the Board of Directors of the American Nursing Association from 1948-1952 (another first for an African American woman). She then served as the Assistant Director and then Director of the National League For Nursing (1954-1959).

Not much is known about the remaining years of this trailblazers life. She died in 1981.

Dr. Clive Callender (1936-) is an accomplished medical doctor, educator and pioneer in the field of organ transplantation. He was born in New York, NY.  Callender was placed in foster care as a child and also lived with his father until his stepmother had to be hospitalized.  At that time, Callender moved in with his aunt, “Ella”.  He became very involved with his Aunt’s church, Ebenezer Gospel Tabernacle.  As a result, he wanted to become a medical missionary.  After completing high school, Callender received his B.S. degree in Chemistry and Physiology from Hunter College.  He then attended Meharry Medical College in Nashville, TN where he received his M.D. degree in 1963.  He completed residency programs at Harlem Hospital, Freedmen’s Hospital, and Memorial Hospital For Cancer and Allied Disease.  Following his residency completion, he returned to Howard University Hospital and became chief resident.  In 1969, he became an instructor at Howard University.  In 1970, he served as a medical officer at D.C. General Hospital.  END_OF_DOCUMENT_TOKEN_TO_BE_REPLACED

Dr. Myra A. Logan (1908-1977) made history in 1943 by becoming the first woman to operate on a human heart. Logan was born in Tuskegee, Alabama. Her father was the treasurer of Tuskegee Institute. Her mother was well known suffragist and health care advocate. Her mother also had a college degree, which would have been rare at that time. Logan earned an MS in psychology from Columbia University. She then was awarded a scholarship to attend New York Medical College. She graduated in 1933 and completed an internship at Harlem Hospital in the emergency room. END_OF_DOCUMENT_TOKEN_TO_BE_REPLACED

Florence Goodenough: Pioneer In The Field Of Intelligence Testing For Children

Dr. Florence Goodenough was a trailblazing pioneer in the field of intelligence testing for children.  She is perhaps most well known for her “Draw-A-Man” test; which was non-verbal too used to measure intelligence.

Born in 1886 in Honesdale, Pennsylvania, Goodenough was an African American Psychologist. She was the youngest of 9 children.  Her parents were farmers. Goodenough obtained her Bachelors Degree in 1908 from Millersville Pennsylvania Normal School. She then attended Columbia University where she graduated with her Bachelor of Science degree in 1920 and an M.A. in 1921.   She then worked in several public schools as the director of research (school psychologist). Goodenough later obtained her Ph.D at Stanford. She was heavily involved in Lewis Terman’s giftedness research and was a significant contributor to the work. She graduated from Stanford in 1924. She accepted a position at the Institute of Child Welfare at the University of Minnesota. Goodenough remained at the University of Minnesota until her retirement in 1947. END_OF_DOCUMENT_TOKEN_TO_BE_REPLACED

Onesimus: An Enslaved African Who Saved Many Lives Through An African Healing Practice 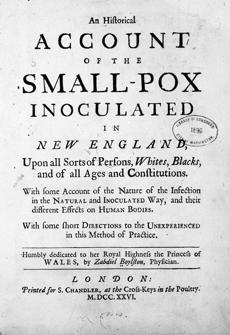 Onesimus was an enslaved African. He was owned by Cotton Mather, a Puritan minister in Boston. His knowledge of traditional African healing practices helped to save many people from a small pox epidemic in 1721. Onesimus informed his owner about the centuries old inoculation procedure practiced in Africa. The process involved extracting material from the pustule of someone who was infected and scratching it into the skin of someone who was unaffected. The intentional introduction of the disease inoculated the person, providing them with immunity from the disease. For some, there was no reaction. In most other cases, a mild non fatal form of the disease occurred.