Born in 1882, Violette Anderson, was an African American attorney and judge. Anderson was born in England to a German mother and a West Indian father. Her family relocated to U.S. when she was a child. Anderson graduated from North Division High School in Chicago in 1899. She worked as a court reporter from 1905-1920 which peaked her interest in the field of law. She earned her LL.B. in 1920 and then started a private practice. She was the first African American woman to practice law in U.S. District Court-Eastern Division. Anderson served as the first female city prosecutor in Chicago, a position she held from 1922-23. She was later admitted to practice before Supreme Court of the United States in 1926. This achievement made it possible for other black females to do the same.

Active in her community, Anderson belonged to the Federal Colored Women’s Clubs, was president of Friendly Big Sisters League of Chicago, First Vice President of the Cook County Bar Association, and secretary of Idewild Lot Owners Association. Anderson was also a member of Zeta Phi Beta Sorority; bequeathing her summer home in Idewild, MI to the organization. Anderson died in 1937. Her life and legacy is recognized by Zeta Phi Beta Sorority, every year in the month of April as, “Violette Anderson Day”

The NBA shares a number of interesting sports related Black History Facts.  Check them out below:

Check out more black history facts from The NBA: 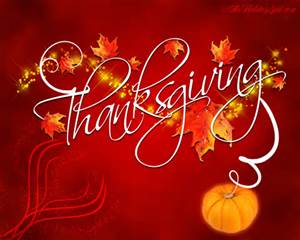 5 Things to Know About Blacks and Native Americans

As many are celebrating Thanksgiving, this article shares some historical perspectives regarding the relationship between the English settlers and Native Americans who were already here when the Pilgrims arrived.  Though Thanksgiving for many is a time to celebrate and be thankful with family and friends; there are many who view the holiday as a national day of mourning due to the displacement and disenfranchisement of Native American tribes by English settlers.

Thanksgiving was made an official U.S. national holiday by President Lincoln during the Civil War 1863.  He felt this would promote national unity since the country was in the throes of war.  Thanksgiving had been celebrated in various states and during various times of the year since 1621.  However 1863, would mark the first time the holiday was celebrated nationally at the same time.

Since the inception of slavery, through the Jim Crow era and beyond, Black women have been targets of sexual violence which they often suffered with in silence with no hope of justice or protection.  As the Civil Rights Movement began to emerge, the sexual violence of black women received more attention and advocacy.

Which NAACP staffer investigated and rallied the black community of Alabama in opposition to sexual assault committed against black women?

Answer will be posted at 6pm EST.

Did you miss yesterday’s post?  Click here to learn about Dr. Patricia Bath and her invention of a medical device to remove cataracts (a leading cause of blindness among African Americans).

Born in 1942, ophthalmologist, Dr. Patricia Bath, was the first African American female doctor to patent a medical invention. Her patent for the Cataract Lasephaco Probe removes cataracts using a laser device. Her device made cataract removal painless and much more accurate. Throughout her career, Dr. Bath has been focused on the treatment and prevention of blindness. Her invention was patented in 1988. The method in use before her invention used a type of grinding/drill like device to remove cataracts. In the U.S., about half of the vision loss in African Americans is caused by cataracts.

Dr. Bath graduated from Howard University School of Medicine in 1968 and completed additional ophthalmology and corneal transplant training at New York University and Columbia University. She became the first African American female surgeon at UCLA Medical Center and the first woman to be on the faculty of Jules Stein Eye Institute at UCLA. She is also the founder of the American Institute for the Prevention of Blindness.  Dr. Bath is also credited with introducing “community ophthalmology” a new discipline in the field of ophthalmology. The new discipline incorporates elements of health care, community medicine and clinical ophthalmology. She also incorporated the use of telemedicine into her practice using it to reach remote areas. She identifies the “right to sight” as her credo. She is seen as a pioneer in research and innovation within the field of ophthalmology.

Did you miss yesterday’s post?  Click here to learn more about Ron Galimore, the first African American male gymnast to be selected for US Gymnastics Olympic team. 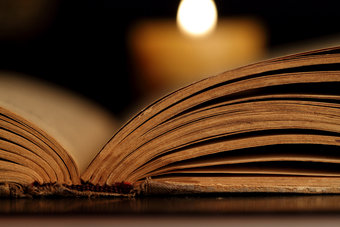 Lily Ann Granderson also known as MIlla Granson, was born a slave in 1816 in Virginia. She was moved to Kentucky as a child, where she was taught to read by the children of her owner, even though it was illegal to educate slaves. She then organized a clandestine school, eventually educating hundreds of slaves. She carried on this secret project first in Kentucky and then in Mississippi for seven years, helping many slaves to write freedom passes that allowed them to escape North. The school was finally discovered by authorities in Kentucky, becoming the subject of lengthy debate in the state legislature. After much deliberation, they passed a bill making it possible for slaves to teach other slaves.

When her master died she was sold to a Mississippi slave owner and worked in the cotton fields. She soon, however, began to work in the main house where she started a “midnight school”. Laws in Mississippi prevented slaves from becoming taught how to read and write by their owners. So teaching had to be done in secret.   Punishment would have been severe if she was discovered. Granson taught hundreds of slaves how to read and write between 11pm to 2am at night.

She generally had about 12 students in her class at a time. When missionaries arrived in 1863 to set up schools for black children in the wake of the civil war, they were surprised to learn about Granderson’s “moonlight” school that was already in operation. As a free woman, Granderson was hired as a teacher by the American Missionary Association. Last reported records regarding Granson indicated that she was 54 years old in 1880, still teaching and married.  The date of death is uncertain.

Did you miss yesterday’s post about the “Wailing Wall” in Detroit?  Click the link below to learn about how the wall was used to facilitate housing discrimination.

The Wailing Wall: Remnant of Racism & Segregation In The City of Detroit

The Wailing Wall of Detroit, MI (also referred to as 8 Mile Wall or Birwood Wall) is a concrete wall which stands 6 feet high and is a foot thick. The wall extends for approximately half a mile. It is a visible reminder of racial segregation in the City of Detroit. Following World War I, blacks migrated to Detroit in great numbers. Detroit was a major industrial center and at the time was home to a large immigrant population as well. Detroit’s industrial complex provided employment opportunities that drew many blacks from the South in search of a better life. They settled in segregated neighborhoods downtown such as Black Bottom and Paradise Valley as well as in the country-side which would later become Brightmoor and Wyoming Avenue on the Northwest Side of Detroit.

As Detroit continued to grow, it’s rural farmland was quickly being developed into housing developments. These housing developments were financed in part by loans from the Federal Housing Authority (FHA). However, the FHA would not give loans in neighborhoods that were deemed to be “undesirable” or “distressed”. These terms were used as code words that represented neighborhoods with a significant number of Jews and/or Blacks. As a result, the Wyoming/8 Mile area of Detroit remained largely undeveloped. Access to land in the inner city was rapidly being developed mostly for manufacturing companies. As a result, developers began looking at land near the Wyoming/8 Mile area in Northwest Detroit. In order to secure FHA loans for potential white buyers, developers would have to address the locations proximity to black neighborhoods that were already established in the area.  In 1941, a development company proposed the idea of building a wall to separate the new housing that would be built for whites, from the existing black neighborhood. It was mainly symbolic in nature. However, it served as a clear dividing line between black and white neighborhoods. This “symbolic” gesture satisfied the FHA, and it began to approve loans to build houses in the area.

Over time, the neighborhoods did integrate, due to the advances gained through the civil rights movement, the growth of the black middle class, and the eventual exodus of whites from the community. The wall still stands today, a visible memory of the impact of segregation and discrimination.

Trivia Answer: Who Was The 1st African American To Run For President Of The U.S.

Earlier today, we asked our Black Mail Readers:  Who was the first African American to run for President in the U.S?

The answer is #2, George Edwin Taylor.  In 1904, Taylor was selected to lead the ticket of the National Negro Liberty Party for the office of president of the United States. Born in 1857 in Arkansas, Taylor was orphaned at the age of 4 or 5 following the death of his mother.  He eventually came to reside in Wisconsin and was taken in by a black farmer whom he lived with until the age of 20.  He attended college and became very involved with labor and political movements in Wisconsin.  His political leadership lead to his being chose by the National Negro Liberty Party to represent them as a candidate for president in 1904. Click the link below to learn more about George Edwin Taylor: