Powerful quote from Rev. Dr. William Barber: “If statues come down racism can still be up.”

On April 16, 1963, Martin Luther King, Jr. penned his historic letter from a jail in Birmingham, AL. He initially wrote the letter in the margins of a newspaper, from his jail cell.

King was intentionally arrested to help garner support for his work in the city.  The letter was written in response to criticism he received from white clergy in Birmingham who openly challenged his approach to fighting segregation through, protests, boycotts, and non violence.  The clergy criticizing King felt that he should operate within the confines of the law to accomplish his goals.  There were also those both black and white that felt King was stirring up trouble that could hinder progress.  King was also criticized for being an “outsider” who was stirring up trouble in the community.

King eloquently articulated in the letter “why we can’t wait.” In honor of the historic letter, we are sharing two of our favorite quotes contained in the letter. These quotes still ring true today!!  To read the letter in its entirety click here. 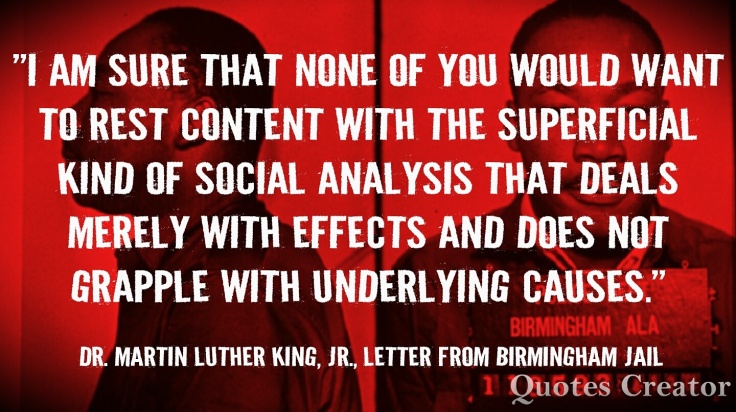 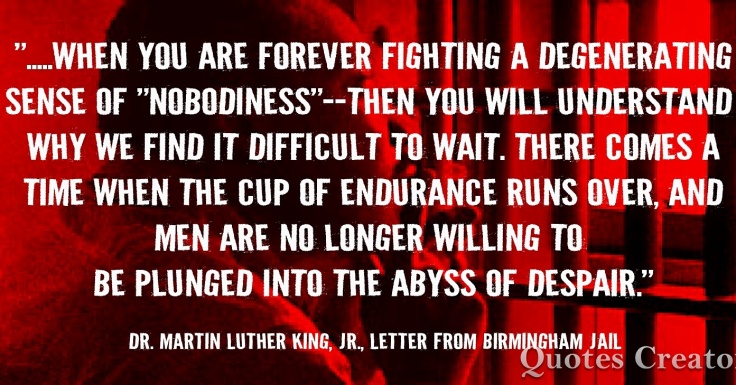 Malcolm X Quote: “That’s Not A Chip On My Shoulder. That’s Your Foot On My Neck”

A powerful quote from Malcolm X!!

“That’s Not A Chip On My Shoulder.  That’s Your Foot On My Neck” – Malcolm X

Congresswoman Maxine Waters Ain’t Having It!!

Congress Maxine Waters is given us all LIFE!  In response to remarks made by Bill O’Reilly about her hair…..Waters comeback was EPIC!  Check out the video and be inspired.  One of the quotes we love from her comments was:  “I am a strong BLACK WOMAN.  I CANNOT be intimidated and I’m not going ANYWHERE!”  A more complete clip is also available from MSNBC, 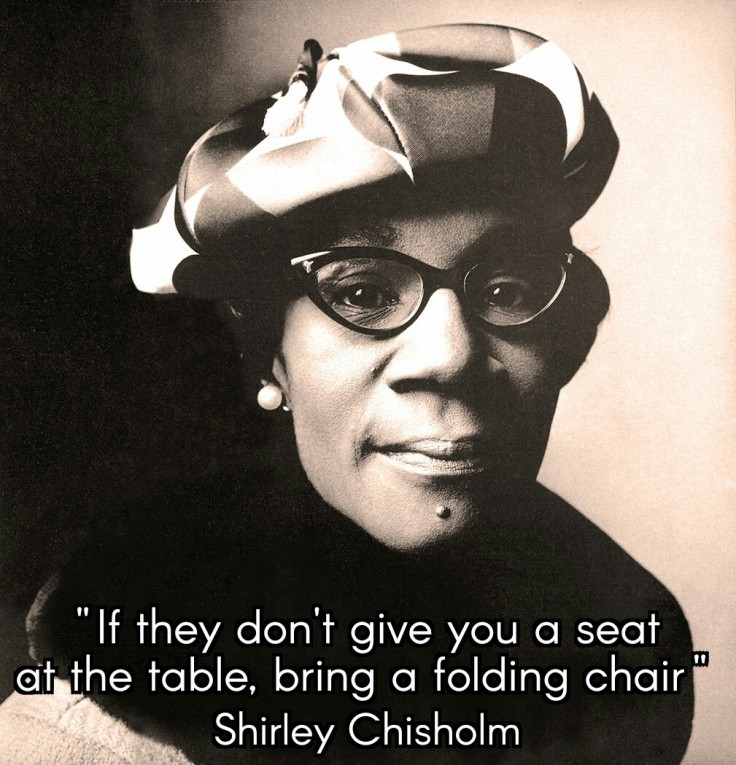 “If they don’t give you a seat at the table, bring a folding chair.”

Quote: “You are not being oppressed when another group gains rights you’ve always had.” – Unknown

“The Oppressed, Having Internalized The Image Of The Oppressor And Adopted His Guidelines Are Fearful Of Freedom.” -Paulo Freire

END_OF_DOCUMENT_TOKEN_TO_BE_REPLACED

Quote: “I Always Wondered Why Somebody Didn’t Do Something About THAT. Then I Realized That I AM SOMEBODY.” – Lily Tomlin